Ace Barnes Hardware is celebrating over 75 years in business

Originally located on Michigan Ave, in Dearborn, Michigan, the first Barnes Hardware was opened by Ted Barnes Sr. in 1939. Ted Sr. had moved to Dearborn from Pennsylvania to make it big in the auto industry but found his calling in hardware instead. In 1958, he moved the family and store to Ann Arbor, Michigan where Ted Sr. re-opened the store on Stadium Boulevard.

Ted Sr.’s two oldest boys, Ted Jr. and Robert joined the family business after they graduated from College. Soon thereafter Ted Sr. passed away and Ted Jr, and Robert became solo owners. In 1984 a second store was opened in Ann Arbor on Washtenaw Ave. In 2004, Ted and Robert closed the doors of the original Ann Arbor location that their Father built and moved down the street to its current location which is still on Stadium Boulevard.

Today there are second and third and occasionally the fourth generation of the Barnes family working together in the stores. Ted Jr. along with two of children, Eric and Bridgett, own the business.  Rita, Ted Jr.’s wife, is the visionary of their amazing Housewares Department and you can find her in the stores almost daily. The team at Ace Barnes Hardware was recognized as running one of Ace Hardware’s 2018 Coolest Hardware Store.  We can’t wait to see what the future has in store for this team! 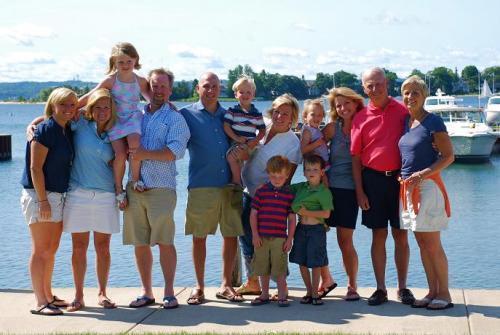